It has been brought to our attention by several officials visiting our office in Romania that offensive language is commonly used by our Romanian speaking staff. Such behavior, in addition to violating our policy, is highly unprofessional and offensive to both visitors and staff. All personnel will immediately adhere to the following rules:

1. Words like “futu-i”, “în pula mea”, “pula” and other such expressions will not be tolerated or used for emphasis or dramatic effect, no matter how heated a discussion may become.
2. You will not say “si-a bagat pula” when someone makes a mistake, or “s-a cacat pe el” if you see someone being reprehended, or “baga-mi-as”, when a major mistake has been made. All forms and derivations of the verb “a se caca” and “a se fute” are utterly inappropriate and unacceptable in our environment.
3. No project manager, section head or administrator under any circumstances will be referred to as “pula de om”, “cacanaru'” or “boul”.
4. Lack of determination will not be referred to as “pulalau” nor will persons who lack initiative be referred to as “muiangiu”.
5. Unusual or creative ideas offered by management are not to be referred to as “porcarii”.
6. Do not say “s-o fut pe ma-ta” if somebody is persistent, do not add “pula mea”, if a colleague is going through a difficult situation. Furthermore, you must not say “am pus-o” (refer to item 2) nor “o sa ne-o traga” when a matter becomes excessively complicated.
7. When asking someone to leave you alone, you must not say “du-te-n pula mea” nor should you ever substitute “May I help you?” with, “ce pula mea vrei?”.
8. Under no circumstances should you ever call your elderly industrial partners “bosorogi imputiti”.
9. Do not say “ia mai mereti-n pula mea cu cacatul asta” when a relevant project is presented to you, nor should you ever answer “futu-te-n cur” when your assistance is required.
10. You should never call partner representatives as “boul dracului” or “tampitul ala”.
11. The sexual behavior of our staff is not to be discussed in terms such as “pizdulica buna”, “futaciosu'” or “homalaul lui peste.
11. Last but not least, after reading this note, please do not say “ma sterg la cur cu textul asta”.

Just keep it clean and dispose of it properly.
Thank you. 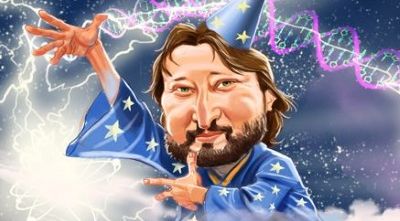